Asperger's Syndrome (AS) / autism spectrum disorder (ASD) entails a unique way of experiencing and being in the world:

• The style of communicating seems different – e.g. in regard to verbal phrasing, and to the parts eye contact, facial expression and gesturing play during a conversation. Understanding other people's points or the reasons for their actions may seem challenging.

• The manner of interacting with others is somewhat unlike that of most people – focusing on a few, select subjects of conversation; being unappreciative of small talk; tending toward misjudging situations and the state of mind of others.

• The way of focusing is unusual – usually more intense, engrossed, dedicated to completion; in some cases engaging in less common fields of interest.

• The extent and level of sensing oneself and one's surroundings is a bit unique – often as regards sounds, bodily sensations and one's own emotions.

• There is often a preference for avoiding (major) changes - especially sudden ones - and for well-established courses of action, although the levels at which sameness is prized may range from universal to local and from abstract procedures to small and simple bodily movements. 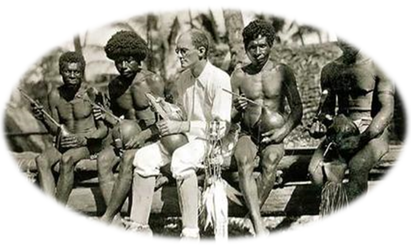 SEEN FROM THE OUTSIDE

Parents of children or adolescents with AS(D) often recognize these experiences:

• Perhaps a subtle feeling that one's child is different in some way (which may go unnoticed by the child's teachers).

• An impression that one's child appears to sport several 'ages' at once – a biological age, a social-emotional age, and a cognitive-rational age.

• Issues falling asleep / staying asleep, and a proneness to turning night into day and vice versa.

• One's child seems to become unexpectedly stressed by plans changing or things turning out differently from the way they were expected to.

• Demands, requirements or even mere expectations may trigger 'meltdowns', or conflicts of a nature that seems completely beyond resolution.

• Recurringly, the demands of caring for and raising this child can reach levels seemingly beyond comprehension and even beyond what appears parentally possible.

There are many myths surrounding the field of AS(D) - including the myth that people with AS(D) are unable to or do not want to enter intorelationships. In reality, this only applies to a minority - most people with AS(D) wish for a partner, and have a lot to offer. This does not, however, guarantee smooth sailing - for especially of one partner has AS(D) while the other does not, many aspects need to be addressed before the foundation of mutual understanding becomes solid.

In other words, expectations and communication are crucial - but also demanding to a degree where both partners might feel the need for an interpreter to begin understanding each other and to develop a more smooth and harmonious togetherness.

For many professionals, the path into the AS(D) world begins with discovering and getting to know the more obvious characteristics (also known as the diagnostic criteria), followed more often than not by learning and finding ways to reduce symptoms and levels of discomfort or even pain.

In due course, a realization begins to emerge - the comprehension that being helpful to people with AS(D) is very much a question of reducing the number and the intensity of stressors.

This applies not only to the framework - including intrusive sounds, the number of people within a certain radius, and the question of expectations and requirements - but also to the fundamental fact that a central feature of AS(D) is what people observing from the outside might describe as recurring manifestations of 'strategy deficiency'.

It also becomes increasingly apparent that many people with AS(D) are much less explicit or obvious than 'Rain Man' - and that even the seemingly simple question of eye contact and AS(D) is much more complicated than tradition and myth have indicated.

What is truly necessary for professionals working in the domain of AS(D) is being guided to the deeper levels of comprehension - the AS(D) Engine Room, as it were, where the realization dawns that AS(D) is much more - and something different - than a simple set of ostensible defects. Rather, AS(D) is a completely, fundamentally different way of being in life, of experiencing the world, of processing impressions - entailing therefore also a way of perceiving the world, of interpreting it, and even a basic set of values in life, that to a person without AS(D) is truly, pervasively ... alien. This is the point where it becomes obvious why it makes sense to talk about AS(D) identity and AS(D) culture.

It is only at this level that any professional can begin developing the crucial capacity to (momentarily) 'think like a person with AS(D)':

Such phenomena are not easy to manage - for people with AS(D), for those close to them, and for professionals - especially because the surrounding world is not always a gentle garden of understanding and openness, offering instead a wilderness of obstacles, denigration, and even oppression.

Under such circumstances, having access to pertinent knowledge and experience is not only a source of restitution but also of gaining directions and guidance and developing a sense of bearings for navigating the journey onwards.

Making an appointment with Christian Stewart-Ferrer is done via «Tidens Psykologer» (E-mail: info@tidenspsykologer.dk - Tel.: [+45] 22 10 22 22) in Odense, Denmark, for obtaining:

NB: Christian is also available for consultations via

encrypted video connection (all of the above)

Christian A. Stewart-Ferrer is a clinical psychologist in private practice – awarded certification by the Board of Psychologists (part of the Ministry of Social Services) and licence to teach psychology by the Ministry of Education. 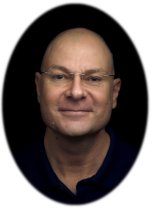